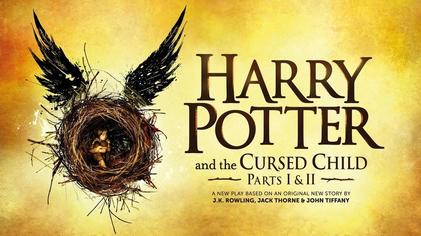 So unless you’ve been avoiding me intentionally, you probably know that I saw Harry Potter and the Cursed Child at the Palace Theatre in London last weekend and haven’t really shut up about it since.

There’s so much to say, and I feel like I’ve been holding it all up waiting to spill it all out once I’d analysed everything properly in my head, but seeing as that would take even the most seasoned analyst (aka me) weeks and weeks, I decided to do it now. I won’t shut up about it still, but it’s a start. You can live in hope.

I’ve tried to keep this spoiler free, so if you’ve not seen it or read the script you are safe to read on. Okay there’s a tiny spoiler but if you’ve seen the press release photos you’ll know it anyway. I’ve marked it so if you do want to skip it you can.

Now I know most people have a lot of criticism of the script. Looking back on the show, I can see why. The plot isn’t great and if I tried to sum it up on paper it would sound ridiculous – does sound ridiculous, in fact. What you must remember when reading a script is this: the script =/= the play. It’s just the script. It’s not the whole play. The writing is one dimension to a multi-layered performance piece. There’s far more to consider in theatre than the words on the page. In a novel, you have full characterisation, subplot and description in the words. In a play a lot of this comes down to the actors, the music, the set. The feel of the play is often found more in these other aspects than the writing – so it’s bound to come off feeling unpolished and shallow. The script has the words the characters say, but can’t completely portray the way they say them – the actors do that. The music adds tension or relief. The set adds description and context. I understand not liking the script, I do, but it’s important to remember that the script isn’t the full picture. It’s also important to remember that there isn’t the time to fit the whole entire story of the universe in one play – it’s 5 hours long as it is! It took 7 books to fit 18 years of Harry’s life in – a play can’t fit the next 20 odd years in their entirety in.

Right, well that’s that out of the way, let’s talk about the show. I think going along the lines of the above rant, we’ll break it up. 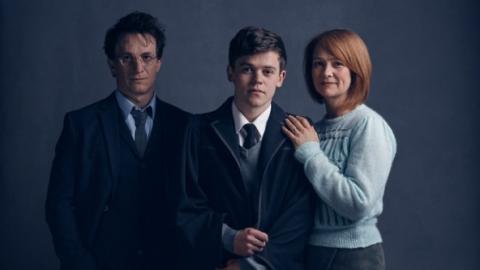 Firstly, BLACK HERMIONE IS EVERYTHING. I was a little disappointed that Noma Dumezweni was off on the day I saw it but the cover, Nicola Alexis, was incredible. I can’t sing her praises enough. This Hermione can come off a little cold, but she always did. She is overly logical and tends to use her head over her heart, just as she did as a child – this has always given the wrong impression. She is warm when it matters and fiercely loyal (also just plain fierce) but unafraid to make difficult decisions. Cursed Child Hermione is no different, just more grown up.

I was a little disappointed by Ron’s part in the play. It feels similar to his part in the films – he is just the funny best friend. While he’s charming and again the actor was fantastic, his part was relatively small. I’d have liked to have seen just him and Harry have a moment or two; but as I said above, time constraints are understandable.

Harry…. Harry’s always been a difficult sod, hasn’t he? There were moments where I thought “that’s not my Harry” or “my Harry wouldn’t think like that”, but on thinking about it – Harry in the play is 20 years older than when we last left him (well, excluding the end scene but we didn’t really get much from that did we). A lot has changed and a lot still haunts him. He has three children, a stressful job, PTSD from the whole “nearly died when my parents were brutally murdered then again every year for 7 years, after 11 years of living with abusive muggle pricks”* thing – he’s not exactly going to be the cheeky chappy sassy teenager who told Snape not to call him sir still. He’s moody, neurotic, angry, self-centred… which he kind of was anyway. A lot. He’s scared, he’s protective of his children and like so many parents he hasn’t got a clue what his kid’s problem is. So while I had moments where I was disappointed in his character, I also found it realistic that as an adult he’s obviously changed somewhat. People change and it isn’t always for the better.

*My words not his, but still true.

Ginny played a far bigger role than in the films, which I was so glad of, but again I’d have liked to have seen more of her. She was still a sort of supporting role for Harry a lot of the time, with a few badass outbursts – she is a badass so why don’t we see that?

Draco was charmingly funny with the usual “I’m more emo than you” competitions with Harry thrown in for good measure.

McGonagall. BAMF as per.

The kids. Oh, the kids. My beloved next generation of freedom fighters. So many mixed feelings.

You can tell Albus is Harry’s, that’s pretty much all I need to say. He does the “YOU DON’T UNDERSTAND ME IT’S NOT A PHASE” thing just as well as his father.

Scorpius, man. SCOR-PI-US. I’ve loved him since we were introduced, but now we’ve got some real characterisation? Love, love, love him. Anthony Boyle totally smashed it, he had us in stitches, tears and everything in between. Brilliant.

Rose…was not what I was expecting. I think I’d pinned an awful lot of hope on Rose, and unfortunately for me her characterisation was the least realistic – I found myself feeling that this wasn’t the child my Ron & Hermione would have raised. Cherrelle Skeete is a wonderful actress and she did a beautiful job, but I wasn’t keen on the character and that did upset me. 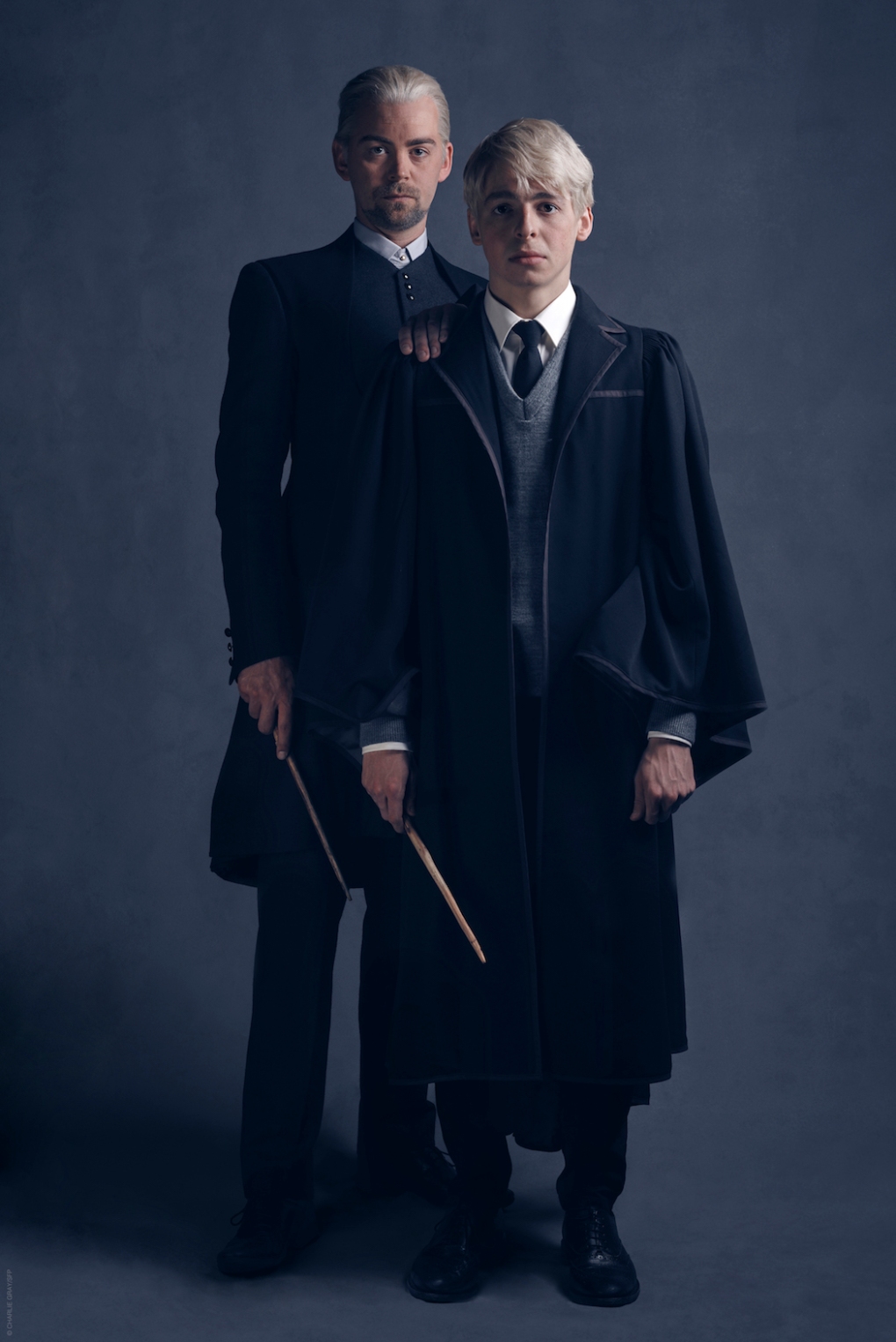 I won’t discuss any of the other characters so as not to spoil it, so…

Wow. Just wow. The visuals were absolutely breathtaking. It was clear that a lot of thought went in to making transitions, prop changes etc as smooth as possible, while also having that typical magic touch.

The magic itself was shown beautifully and we kept saying that we couldn’t see wires, couldn’t tell how most of it was done – of course it’s not all completely seamless, but for theatre they did a damn good job.

The costuming was brilliant and some of the special effect costumes were actually better than their film CGI counterparts. Absolutely everything was thought out and incredible detail went into creating the visual effects in the play. My only complaint is MINOR SPOILER BUT NOT IF YOU’VE SEEN THE PRESS PHOTOS that they changed the Ravenclaw colours yet again! We’re blue and bronze, not blue and silver and not blue and light blue. They also changed Hufflepuff’s colours to yellow and brown. They look good, sure, but I quite like being blue and bronze. SPOILER OVER

The music was lovely, and certainly felt like a run on from the film scores, but didn’t pack quite the same punch. Of course, in a play you don’t really expect grand overtures (except from a musical), so I believe it fit its purpose, but it wasn’t as memorable to me as I’d have liked.

I’ve sort of mentioned this already, but the plot didn’t bowl me over. It was fine, but not massively strong or impactful. A lot of people go on about the discrepancies in the plot and JKR’s existing logic about certain things, but if I’m honest I haven’t memorised every detail of canon and I think it made sense even if it wasn’t the strongest storyline in the history of the world. I didn’t go into this taking it as the eighth story, more an added bonus. I’m perfectly happy with the pure main canon of 7 books and 7 films; anything after these are either added bonuses I happen to like or things I don’t like but don’t feel too upset about because they’re not actually part of the main story in my eyes. I never particularly wanted more books or more canonical stuff, so to me I could take it or leave it (or, I could before).

So to sum up, the plot wasn’t the best and I can see how it might not translate on the page. Coupled with incredible actors and a wonderful, atmospheric set it almost doesn’t matter. It got me excited, proud of my precious characters and I may have shed a tear or two. Or several. We were very lucky to get most of the main cast working on the day we went, and all who performed did a fantastic job. I’m the first to admit that there are a lot of issues, both with the play and with using theatre to tell this story, but there’s just something about the atmosphere and the actors that made The Cursed Child so enjoyable to me. Maybe it’s just the effect of the theatre.

Have you seen it? Read it? Thoughts?