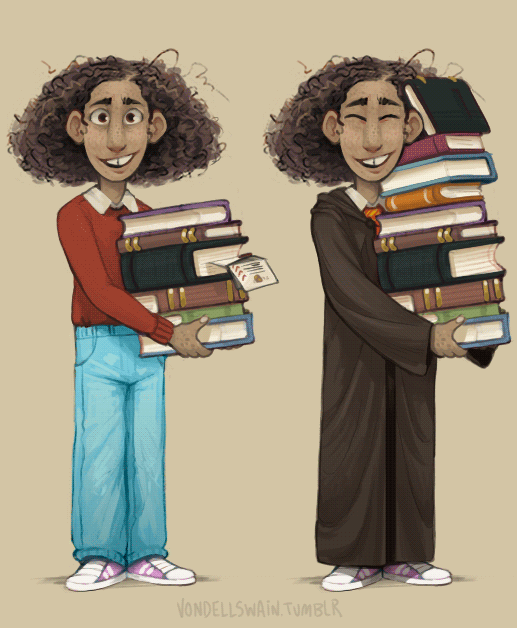 It is undeniable that the Harry Potter series deals with social issues in many ways – they are written into the text in such a way that has shaped the way generations have and continue to view the world. Millions of young people have grown up with Harry, often looking to the Wizarding World for guidance. It is unsurprising, then, that as we and our society develop, that we both appreciate the ways the series explores social injustice and acknowledge the aspects that are unsatisfying. While the series tackles many issues in an immensely overt way, there are things that could be improved.

Hermione, for instance. In the current stage show, Harry Potter and the Cursed Child, Hermione is played by Noma Dumezweni. Many were unhappy with the idea of a black actress playing her. Others however, myself included, feel that Hermione as a black woman adds to Hermione’s story. She faces racism in the wizarding world for her ‘blood status’ – she’s a muggleborn, which is frowned on by some “purebloods” – wizards born into wizarding families. She faces immense prejudice at the hands of Draco Malfoy and other purebloods, and in the film series has a racial slur, “mudblood”, carved into her arm by Bellatrix Lestrange (Deathly Hallows, Part 1).

In the novels, JK Rowling doesn’t specify the colour of Hermione’s skin. While I believe that writers should limit character descriptions and leave the reader to garner their own impressions of the characters, stating that Hermione had dark skin could have strengthened the impact her struggle with racism stronger.

Another aspect I feel could have been explored was Dumbledore’s sexuality. Rowling revealed on a book tour for the last novel in the series that Dumbledore was gay. Many LGBT+ people look to the series for it’s messages of acceptance and love, and relate to struggles such as Hermione’s. A gay character further opens up the world to LGBT+ people, however Rowling chose not to write in Dumbledore’s sexuality – at least not overtly. Of course it would be difficult to publish a children’s book, particularly in the 90s and early 00s, with an openly gay character – but considering the immense success of the Potter series, I seriously doubt sales would have been that affected if she had written it into one of the later novels.

In a book series that has taught me and so many others about acceptance, love and equality it is disheartening that some things like these examples that could have easily been included were left out. At the same time, the series isn’t solely a social commentary, and manages to balance discussion of several important issues with magic, dragons, mermaids, Dark Lords and even the odd Quidditch match. We can make several real life comparisons and learn a lot from the series, even if it isn’t perfect.

One thought on “Harry Potter and Social Issues -Could JK Rowling Have Gone Further?”